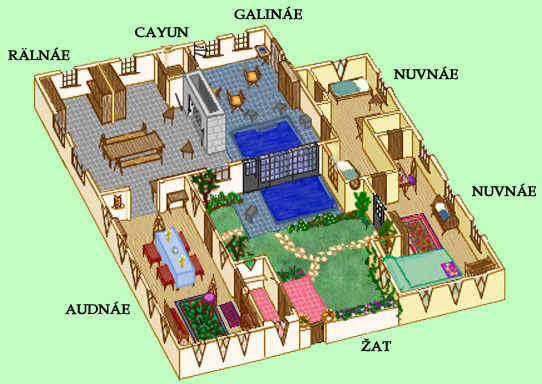 The picture shows a typical middle-class house in Verduria-city, in which many of the recurring features of Verdurian domestic architecture can be seen:

A richer family might build additional rooms. The order of priority would probably be: a larger and more magnificent foyer and audnáe; quarters for servants; a larger garden and galináe with a pool large enough for swimming; single-function rooms such as a study, a music room, a chapel, or a practice area for athletics.