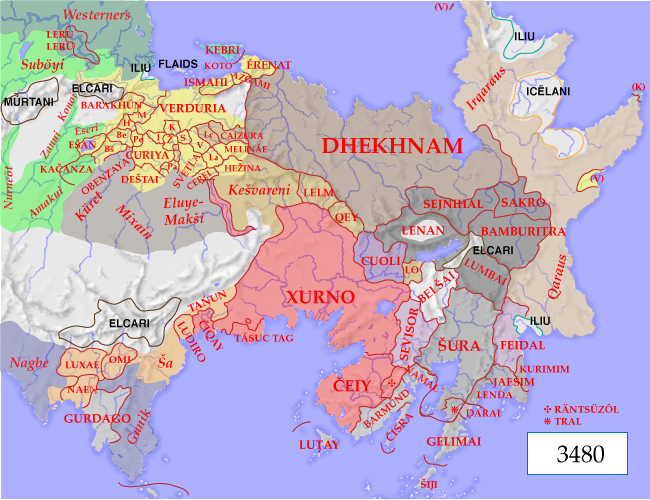 The map shows the eastern half of Ereláe, with terrain features and political boundaries.

Years on this website are expressed in ZE (zonî erei, 'years of the South')-- years since the founding of Ctesifon, modern Žésifo, capital of the ancient Caďinorian Empire. The current year is ZE 3480.

The map below shows the human language families; uninhabited areas, and regions populated by non-human lesüasi are shown in white. 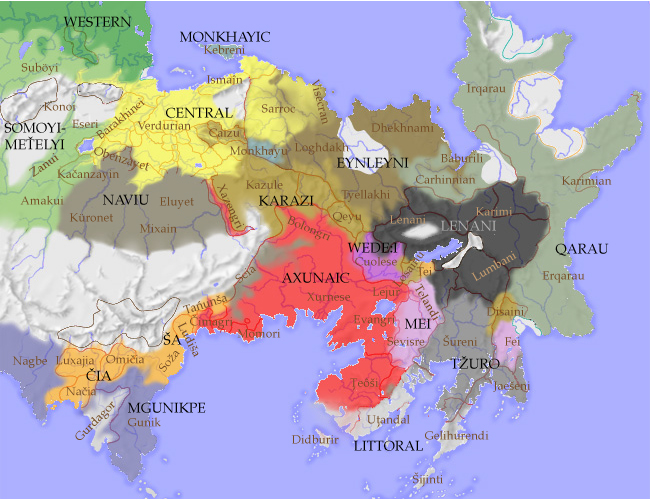 Of course, on a map of this scale it isn't possible to show individual languages, much less such things as multilingual regions, or cities which speak a different language from their surrounding countryside.